A vertigo inducing movie from Daniel Meadows in Rochdale this week, and the book I will publish this Thursday matches it. Steeplejack 1976.

This is the new place for Café Royal Notes, so please follow from this address from now.

Talking Picture no. 26: Jim ‘Lewey’ Sutton from the Daniel Meadows archive at the Library of Birmingham, ref MS 2765. 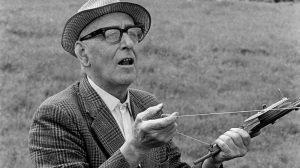 This Thursday I will be releasing the fourth book in the series of eight stories by Daniel Meadows Weldone Boiler Fluers 1976-1977. These eight are from the larger series of 40 that Daniel is releasing weekly until summer, to mark the 40th anniversary of the Free Photographic Omnibus; each a small part of his archive, held at the Library of Birmingham.
Charlie Sutton.

Another great movie from Daniel Meadows’ archive at the Library of Birmingham. Three weeks ago I was lucky enough to hear Daniel sing along, ‘live in Preston’, to Bollard Calypso.